Home Sports News Andrew Balbirnie says playing in the IPL is a dream for many...

Ireland captain Andrew Balbirnie has admitted that playing in the IPL remains a big dream for the Irish players. 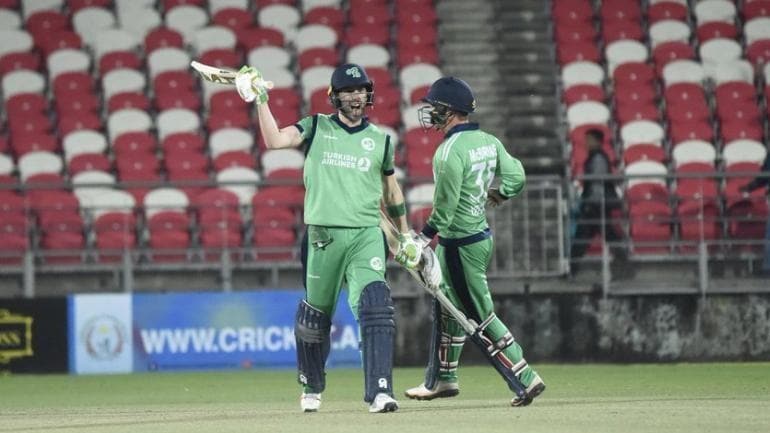 Ireland captain Andrew Balbirnie has commented that playing in the IPL remains a dream for many Irish players and called the competition the ‘pinnacle’ of T20 cricket.

No Ireland cricketer has earned an IPL contract till now and Balbirnie said that playing in these leagues helps their players improve.

The Ireland captain told the Times Of India that he knows how competitive the IPL is and playing in the league remains a big dream for the Irish players.

“We have a number of players who are good at the T20 format. We are all aware how competitive it is to get into the IPL. That’s a huge ambition for a lot of us. That’s the pinnacle of T20 cricket. You see how quickly certain players develop when they get access to the league. We have a number of players who play in different leagues but not the IPL. When they come back to the Irish team, they bring a lot of experience and learning,” said Balbirnie.

The Irish skipper also commented on facing India in the upcoming home series and said it would be a huge occasion for the hosts. He also said that the Indian team could be under a bit of pressure as many of the stars are looking to impress and get a spot in the squad for the upcoming T20 World Cup.

“It’s a huge occasion for us. They have such a number of experienced players in T20 format. They have a squad in England for the Test match and then there’s a squad that’s coming down to Ireland to play us in T20s. They are all looking to impress. There are a lot of players in this Indian T20 side who are looking for a spot in the full-strength team. So, they will be under pressure also. We play NZ in a few weeks. With the T20 WC coming in October, there are a lot of players who want to stake a claim for that. So there’s opportunity for players on both sides,” said Balbirnie.