Harmanpreet heaped praise on the Indian team as they defeated Sri Lanka in the first game of the three-match series against Sri Lanka. 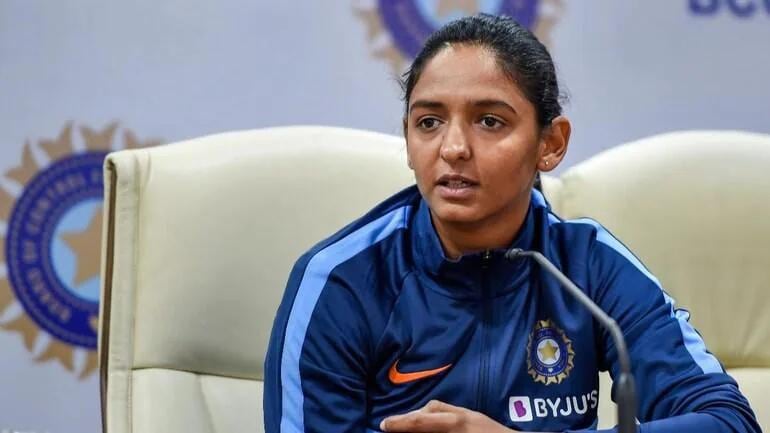 Indian captain Harmanpreet Kaur heaped praise on the Indian players after their 34-run win over Sri Lanka in the first game of the three-match T20I series against Sri Lanka in Dambulla on Thursday.

Jemimah Rodrigues’ unbeaten knock of 36 from 27 balls powered India to 138 runs for the loss of six wickets. Her involved of three boundaries and one six.

India had gotten off to a shaky start after being put to bat first as they lost Smriti Mandhana and Sabbhineni Meghana in consecutive deliveries in the fourth over. Shafali Verma, who scored 31 runs, steadied the ship for the visitors along with Kaur. The Indian captain was ultimately dismissed for 22 runs.

Rodrigues shared two partnerships with Richa Ghosh and Pooja Vastrakar and pushed India to 138 runs in the allotted 20 overs. Inoka Ranaweera picked up three wickets for the hosts, while Oshadi Ranasinghe got two and Sri Lankan captain Chamari Athapaththu got one.

In response, Sri Lanka got off to a poor start as they lost opener Vishmi Gunaratne with just one run on the board. Athapaththu tried to bat aggressively but ultimately fell to Radha Yadav. The left-arm spinner got the wicket of Harshitha Madhavi in ​​the same over as the visitors applied the squeeze on the Sri Lankan innings.

The Indian team made it tough for the hosts and their innings ended at 104 runs with the loss of five wickets. Yadav was the pick of the bowlers as she scalped two wickets in her four overs.

Speaking after the match, Kaur heaped praise on the team for their performance. She also said the team is currently enjoying their time in the island nation, saying that it is good to see people come and watch them.

“I think credit goes to all the players for the belief and the way Jemi (Jemimah Rodrigues) batted and later on the bowlers did the job for us. As a unit, we always want to utilize the first six overs and apart from that, it went according to plan. We are really enjoying our time here and good to see people come and watch us play here,” said Kaur.