Cheteshwar Pujara has made his comeback for the Test match against England in Birmingham after he performed well for Sussex in the County Championship. 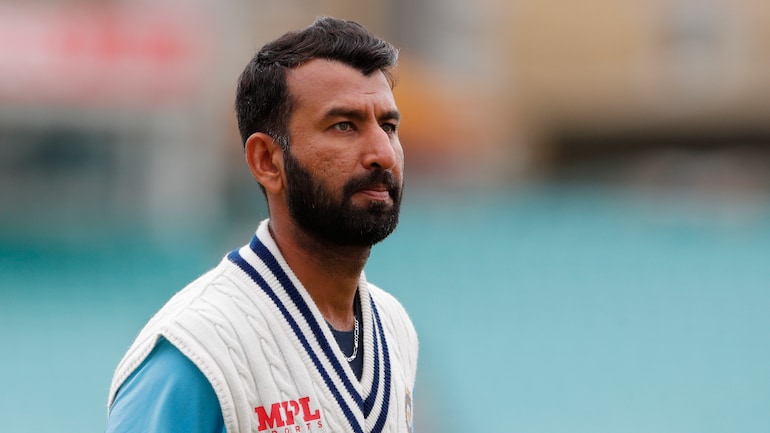 Right-handed batter Cheteshwar Pujara said his first-class campaigns in the Ranji Trophy and the County Championship in England helped him find his form and make a comeback for the Indian team.

Earlier this year, Pujara was dropped from India’s home Test series against Sri Lanka after his poor performances over the previous 12 months or so. Thereafter, he came back into the national side for the fifth Test against England after racking up 720 runs in five matches for Sussex at an average of 120.

Pujara scored an 83-ball 91 against Mumbai in the Ranji Trophy. The 34-year-old also hit four centuries, including two double centuries while plying his trade for Sussex in Division Two of the County Championship.

“It’s about playing as many first-class games as possible and for me, that experience was very important. When you want to get back into form, when you want to find your rhythm, when you have that concentration, it is important to play some long innings” Pujara was quoted as saying to BCCI TV.

“So, when I was playing for Sussex, I could do that. When I had my first big knock against Derby, then I felt that my rhythm was back, my concentration and everything was falling in place. Yeah, I had a very good time with Sussex,” he stated.

Pujara, who has been a bedrock of India’s Test batting, said that he was confident of doing well in the county games.

“I played three games for Saurashtra in the Ranji Trophy. Even there, I found my rhythm and I knew that I was batting well,” Pujara said.

“It was about getting a big score and so when I had that in my first game, I knew that everything is back to normal now. (I was) finding my footwork, the back lift was coming along well.”

India are scheduled to lock horns with England in the rescheduled fifth Test match starting July 1 at Edgbaston in Birmingham.