Serena Williams and Ons Jabeur will take on Aleksandra Krunic and Magda Linette on June 24 in the semifinal at Eastbourne International. 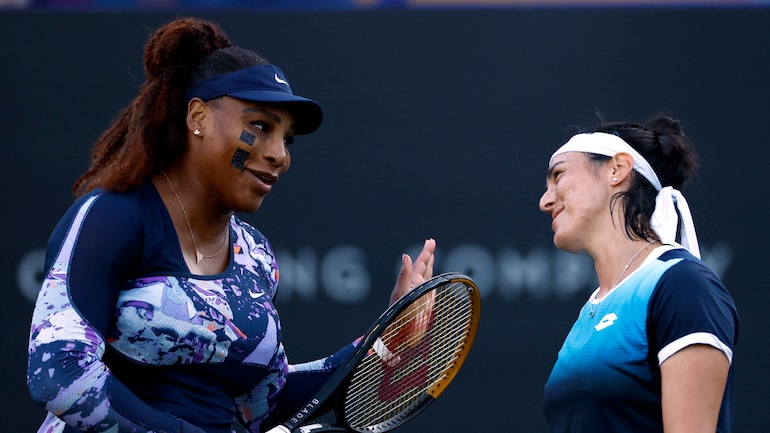 Former world no.1 Serena Williams’s return to professional tennis is going from strength to strength as she and world no.3 Ons Jabeur reached the women’s doubles semi-final at Eastbourne International.

Williams and Jabeur defeated Shuko Aoyama and Chan Hao-ching in straight sets 6-2, 6-4 on Wednesday (June 22). After a one-year layoff, Williams shrugged off the rustiness in her first doubles match to make for a winning combination – officially called ‘ONSRENA’ – with Jabeur.

“I have had some really good training leading up to Wimbledon and up to this tournament, and really hitting the ball well and just working out, and it has been working. It has just been connecting. … I feel like I have been serving well so that has been really good. Working really hard on that,” Williams was quoted as saying after the match.

Williams and Jabeur will next take on Aleksandra Krunic and Magda Linette in the semifinals.

Jabeur added: “We played much better (than in the opening round). I think we are getting used to each other now. I am ready for more tournaments, to be honest with you (Williams). I think I am learning from the best how to serve much better.”

Williams surprisingly confirmed last week that she will be participating in the upcoming Wimbledon, where she has received a singles wildcard entry. The 23-time Grand Slam champion had not played competitive tennis since retiring out from last year’s Wimbledon in the first-round match against Aliaksandra Sasnovich. She suffered a hamstring injury at the Championships, where she has won seven titles so far.

The 2022 Wimbledon will take place from June 27 to July 10. The draw for the Championships will be announced on Friday (June 24).