Shan Maood is currently the leading run-scorer for Derbyshire in the ongoing edition of the T20 Blast. He has also been exceptional in the County Championship Division 2. 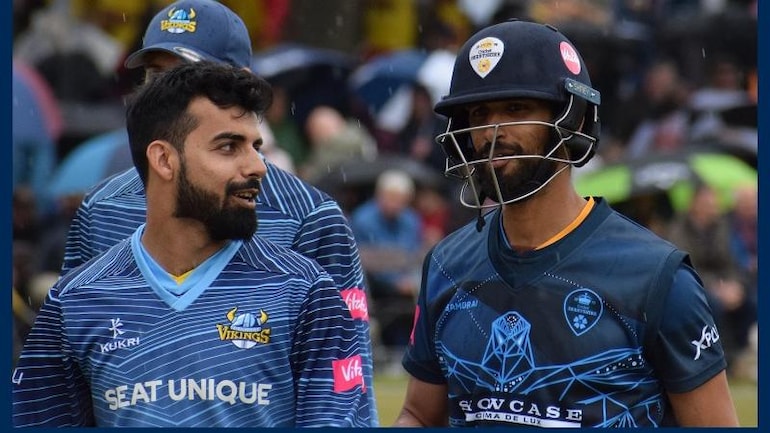 Pakistan batter Shan Masood said that he prefers to focus on the present rather than worrying about the past and future. The southpaw is currently leading Derbyshire in the T20 Blast 2022 and has been their standout batter in the tournament.

In 12 matches, the southpaw has scored 441 runs at an average of 44.10 and a strike rate of 140.89 with four half-centuries to show for his efforts. Prior to taking part in the T20 Championship, Masood also performed well in the County Championship Division 2.

In the first-class tournament, Masood is currently the leading run-scorer, having scored 991 runs from seven matches at an average of 90.09 with three centuries and four half-centuries.

“In the last two years and especially since October, I have started playing cricket more freely. I go out there and enjoy myself while not worrying about the past and future and that has helped me,” Masood was quoted as saying in an interview with Cricwick.

“What I’m trying to do is take it a game at a time, a session at a time, just trying to stay in the present,” he stated.

Apart from doing well for Derbyshire, the 32-year-old Masood has also done exceptionally for the Multan Sultans in the Pakistan Super League (PSL).

The left-handed Masood also heaped praise on former Pakistan coach Mickey Arthur for helping him grow as a cricketer.

“He spent three years in Pakistan and I would say that a lot of my development took place as he is 100 per cent honest, even if it’s brutal. That honesty comes from a very good place, from a place where he wants you to do better and expects you to do better,” Masood added.