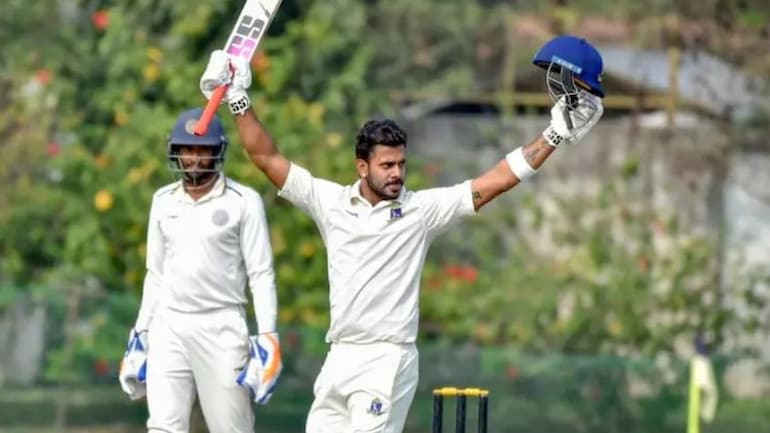 Manoj Tiwary after his ton in Ranji 2022 season. (Courtesy: BCCI/PTI)

Bengal Sports Minister Manoj Tiwary has once again sparked the debate on the absence of local talent in the Indian Premier League from Kolkata Knight Riders. Speaking to Sports Tak, Tiwary sounded miffed about the fact that Bengal players have regularly found a place in the squad for other IPL teams, while KKR have consistently ignored their presence.

Asked about if he would like to see a change in culture for KKR, Tiwary said that Bengal players should be given a representation in the team from Kolkata.

“Certainly I would like to see a change. I always say that there should be a lot of players (from Bengal in KKR). So my only question is that if Bengal players can play for those other teams regularly in the playing eleven, why can’t they play here. So that question mark is always there on the management. They never talk openly also. They stay silent, and this question mark always remains on them,” Manoj Tiwary said on Sports Tak

“Local players inspire kids in the stadium. Fans would want to support their local players. They will always support their team but when they see that there is a local player in the squad, they will take that emotion with them. I will ask our honorable chief minister Mamata Banerjee to speak with Shahrukh Khan. He is West Bengal’s brand ambassador. We’ll see what happens after that,” Tiwary added.