T20 Blast 2022: On Thursday, June 23, Tom Banton scored a well-made half-century, but his knock went in vain as Somerset lost to Hampshire by 14 runs. 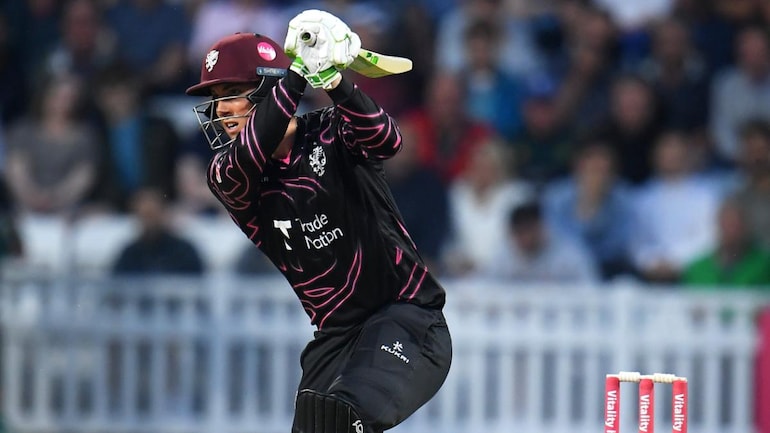 Somerset batter Tom Banton hasn’t been in the greatest of form in the ongoing edition of the T20 Blast. The right-hander has been short of runs of late, but on Thursday, June 23, the 23-year-old gave a glimpse of the damage he can do with the bat in hand.

In the match against Hampshire at The Cooper Associates County Ground in Taunton, Banton scored his maiden half-century of the tournament, although his knock went in vain as Hampshire secured a 14-run victory. Opening the batting, Banton scored 54 runs off 38 balls with six fours and two sixes.

During this while, the Young Turk played an outrageous shot off fast bowler Nathan Ellis. With Somerset needing 89 runs to win off 53 balls, Banton scooped the speedster for a six over the third man region.

Ellis bowled a good length delivery outside the off-stump and Banton swiveled around to play the shot. Banton found the middle of the bat and the ball sailed over the ropes for a six. He also brought up his half-century with the audacious stroke.

That is some way to reach your half-century #Blast22 pic.twitter.com/Rzzrjr4E1p

Banton couldn’t survive for long from there on as, in the very next over, left-arm pacer Chris Wood accounted for his wicket. Banton’s knock made sure that Somerset set the right platform in his run-chase by scoring 131 runs in 12.3 overs.

However, Somerset failed to chase down 209 and were restricted to 194/9. South African left-handed batter Rilee Rossouw scored his sixth half-century in the 2022 T20 Blast, but to no avail.