Home Sports News You are here to play football, not to film it: Manchester United...

Bruno Fernandes was filmed shouting at his Manchester United duo of Fred and Alex Telles, telling them to ‘Stop being such “ballers.” 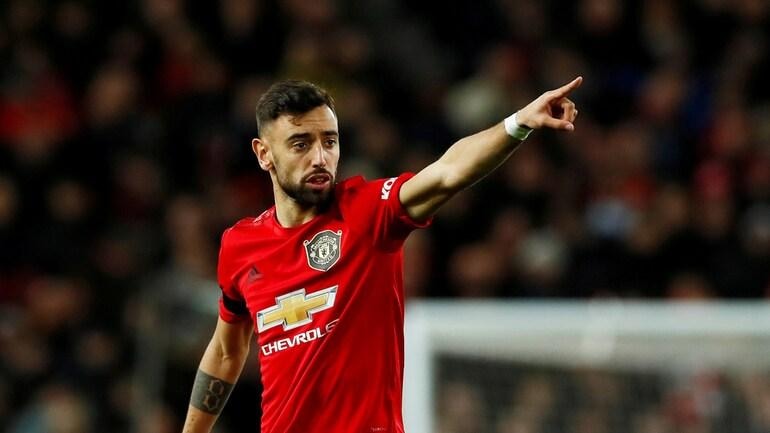 Portugal midfielder Bruno Fernandes was filmed having an expletive-riddled conversation with Manchester United teammates Fred and Alex Telles. A video is being circulated on the social media in which Fernandes can be seen shouting at United’s Brazilian duo, midfielder Fred and full-back Alex Telles, who were filming outside the club’s training facilities.

Fernandes spotted the duo and shouted: “Stop being such ‘ballers’!”

He added: “You are here to play football, not film it!”

Had never seen this clip of Bruno Fernandes shouting at Fred and Alex Telles pic.twitter.com/TAsL0ZRBXk

After an exchange of expletives between Fernandes, Fred and Telles, the Portuguese said: “Film my d***.”

To which Fred replied: “Chill out you f***

As it is, Telles was actually shooting for a Brazilian football marketing agency, O Clube Football. The United full-back was filming an ‘A day in the life’ video which gives fans behind-the-scenes access to Telles’ day from start to finish.

The arrival of another new manager, Dutchman Erik ten Hag, and the departure of a number of players — Paul Pogba, Nemanja Matic, Jesse Lingard and Juan Mata, among others — who have been on big wages and have underperformed in recent seasons means there is perhaps cause for some quiet optimization heading into the 2022-23 campaign starting in August.

United has yet to make a signing of note, with the pursuit of De Jong seemingly hitting obstacles at a time when the team’s major rivals have concluded big deals of their own.